The main development challenge of the United Republic of Tanzania is eradication of poverty, which is widespread among its population.  According to the Household Budget Survey of 2000/01 the proportion of the population below the national food poverty line is 18.7 percent and that below the national basic needs poverty line is 35.7 percent. However, income poverty is still widespread both in rural and urban areas although poverty remains overwhelmingly in rural areas where 87 percent of the poor population live, and is highest among households who depend on agriculture. The Government of Tanzania has put in place many programs, policies, strategies and projects across the country to address this development challenge. The Tanzania Social Action Fund (TASAF I) was one of them.

TASAF I assisted the United Republic of Tanzania to sustain its ongoing reforms through mainstreaming its activities into Local Government Authorities and facilitating improvements of socio-economic infrastructure, enhancing capacity and skills of implementers and stakeholders rural and peri-urban communities, local government, NGOs and CBOs.who are involved in the program. TASAF initiatives improved basic social and economic services and protected vulnerable groups, including women and children.  Specific attention was given to the HIV/AIDS epidemic and the involvement of civil society and non-government organizations (NGOs/CBOs) in rural development issues.

The Project design, which features the broad principles of TASAF did not change. The key principles that guided TASAF included:
i.    Strengthening community empowerment through participatory project management and direct financing of demand driven subprojects;
ii.    Enhancing community participation and contribution;
iii.    Promoting transparency and accountability among stakeholders at all levels of TASAF operations;
iv.    Enhancing the capacities of implementers at all levels to provide effective implementation management of sub projects within the context of decentralization; and
v.    Promoting conformity to sector norms and standards in the process of sub project implementation.

The above principles were instrumental in bringing a sense of ownership, transparency and accountability across the TASAF actors.  IEC campaigns and other capacity enhancement initiatives were used as instruments to disseminate these TASAF principles.

Achievement of the Objective

Achievement of TASAF objective was assessed through tracking the Key Performance Indicators (KPI) agreed during project design.  Table A provides the status of achievement as at May 31st 2005. A total of 1704 (1338 CDI, 61 SSP and 305 PWP) were funded of which 1,426 (1124 CDI, 42 SSP and 260 PWP) subprojects have been providing services to targeted communities and individual beneficiaries.  The services provided make a difference to the lives of communities in which the sub projects were implemented as they have improved substantially.  Assessment Achievement of the Project Objective was rated as satisfactory

TASAF interventions have empowered communities in terms of ownership of both the development process and the facilities created.  The beneficiaries saw TASAF approach as the most appropriate for improving their standard of living.  This had been made manifested by a Beneficiary Assessment carried out in 2003 which indicated that both communities as beneficiaries and local government staff as facilitators viewed the project as an instrument of poverty alleviation as it improved the service provision and enhanced transparency and accountability.  Income transfer to rural population was an aspect that contributed to poverty alleviation since apart from addressing beneficiaries’ problems on temporary basis, it contributed to the creation of other economic activities by the beneficiaries which further generate income and make them self sufficient in terms of attaining the basic needs such as food, clothes and meeting the costs for education in terms of fees and uniforms.  This is true particularly to safety net sub projects.  The fact that implementation of sub projects did not look for big contractors gave community members within the communities who had skills in particular trade relevant to sub projects being implemented to make the benefits remain within the community.  TASAF has benefited a total population of about 1.9 million direct beneficiaries for communities in 42 operating areas.

The Institutional Development component achieved its objectives by having a total of 136,333 beneficiaries trained in sub-project implementation, supervision and management. This number includes 22, 687 CPC members who were trained on sub project management and 113,646 PWP beneficiaries who were trained on different skills in implementation of sub projects such as road excavation, tree planting and construction.  Using the attained skills, some beneficiaries have been given other assignments similar to ones they were undertaking in the sub projects and earn income therefrom. Similarly, 732 staff from local governments and at national level was trained in various aspects of project management.  The capacities of different beneficiaries at all levels involved in sub-project implementation and supervision and monitoring were improved. It was evidenced also that the pace of sub-project implementation and the speed of funds absorption capacities by LGA and communities were improved. These achievements strengthen the transparency and accountability of stakeholders which resulted in proper funds justification. 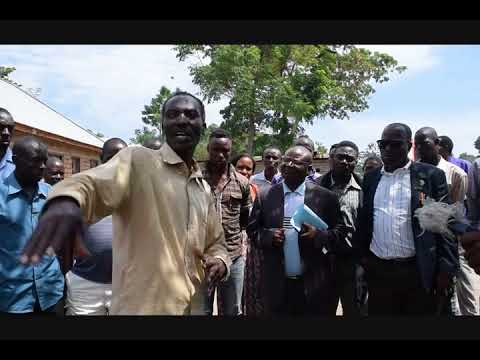 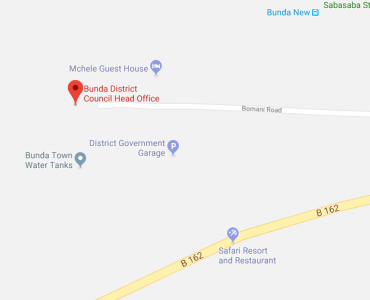